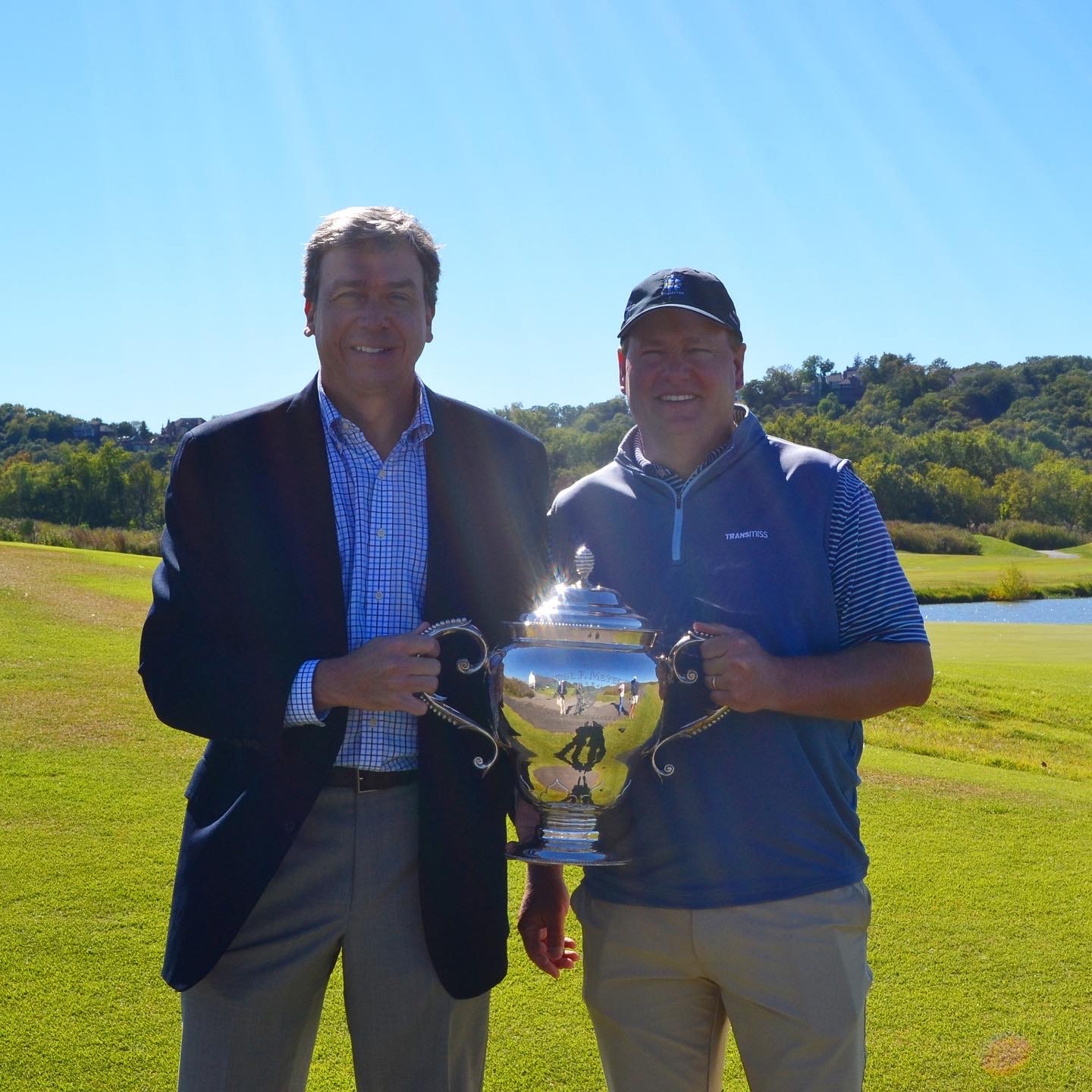 In the Championship Division Brian Lovett began the day at three-under (-3) par, and just one-stroke above the competition. Lovett stayed alive by shooting even-par in the Final Round. Nobody was able to advance their scores to overtake Lovett. This win pushes Lovett to the top of the Senior Player of the Year Leaderboard to overtake Buddy Allen, who had been holding a steady lead until now. Didier Villard and Tim Barry came in behind Lovett at one-over (+1) par for the championship.

For the age divisions, each group had an award for gross winner and net winner. Nicolas Matrisotto claimed the victory in the 50-59 age division with a two-day gross score of thirteen-over (+13) par, while Jim Modlin won with the net score of one-under (-1) par. Coming in with a score of seven-over (+7) par, Brett Combs won the 60-64 gross division. After handicaps were applied, William Thompson took home the trophy for the 60-64 net division with a three-over (+3) par. Kevin Ortyl kept it consistent, shooting back-to-back 76’s (+8) to finish on top of the 65-69 gross division. Ortyl also finished on top of the 65-69 net leaderboard, but having won the gross, the winnings were passed over to John Epps with a net score of even-par (E). In the 70-74 division, Jim Dunn carded a total gross score of one-over (+1) par to win, and Tom Leahy won with a net score of one-under (-1) par. The Bills took over in the 75 and over division with Bill Wirtz coming in with a gross score of eighteen-over (+18) par, while Bill Braun used his handicap to top the net leaderboard with a score of five-over (+5) par.

The most notable moment of the day came from the 8:50am group off of Hole 10. Two members of this 65-69 age division group made a hole-in-one during the day’s round at different times. Having started on Hole 10, the first hole-in-one came from George Von Stamwitz on the par-3, Hole 16. This was already an exciting moment for the group to have witnessed, when it happened again seven holes later. This time, it was Chuck Schranck who sunk it in one-stroke on the par-3, Hole 5. Unfortunately for the third player in the group, he did not make a hole-in-one, but he got a front row seat to something you do not see everyday.

The lowest scores of the day came from Michael Mervis at two-under (-2) par, gross, and four-under (-4) par, net. One eagle was made in the Final Round by Dave Abel on the par-5, Hole 6. Players enjoyed their time on the course with the camaraderie and competition.