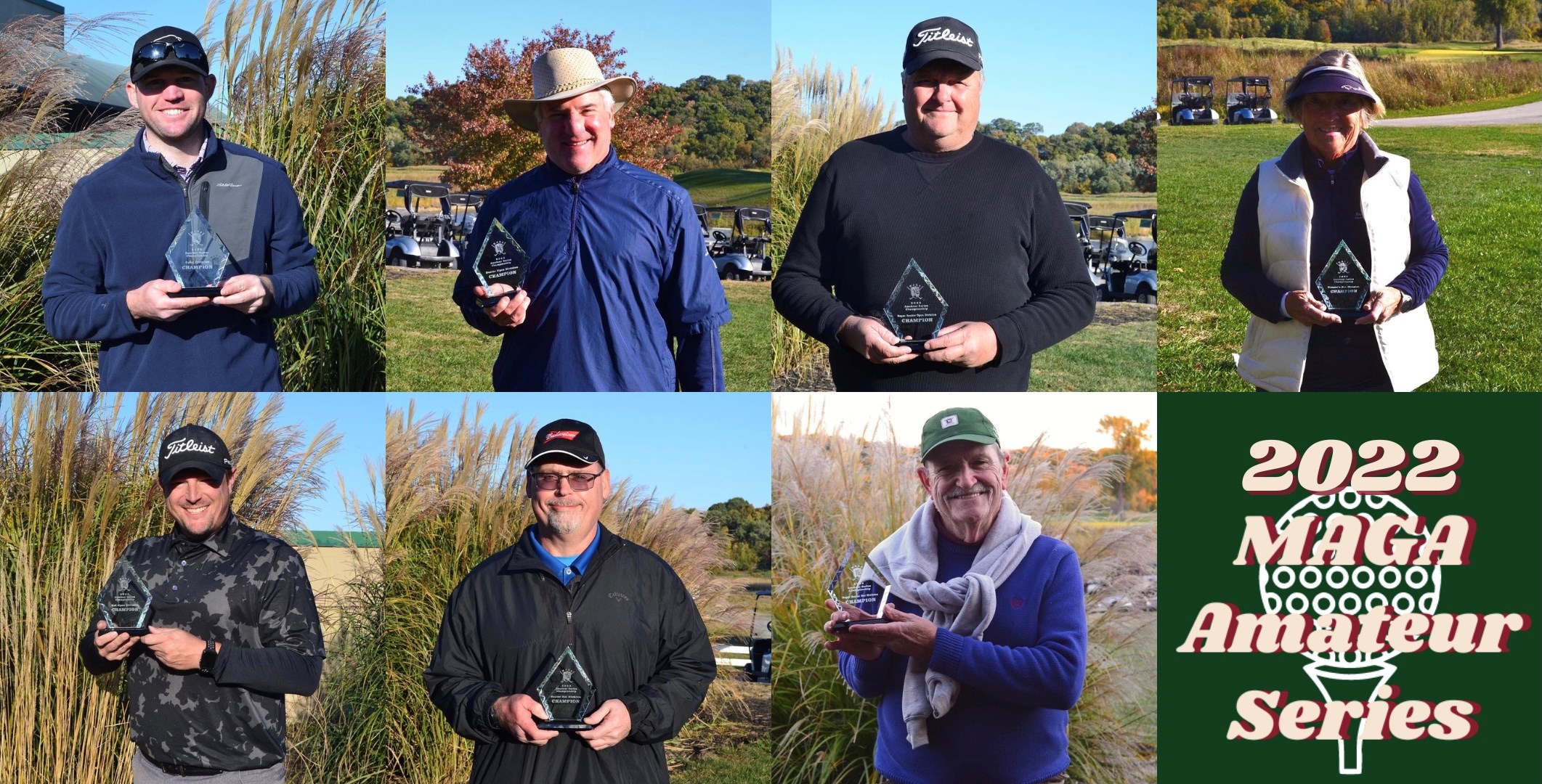 2022 Amateur Series Comes to a Close

Maryland Heights, MO -  The 2022 Amateur Series has come to a close with the Series Championship. 57 individuals competed in their respective divisions at The Quarry Golf Club on October 17-18 to take home the hardware. To get to this championship, players competed in up to six one-day events to earn points. The top players in each division were then invited to compete in the Series Championship. After those six events, the seven players sitting on top of their respective divisions were Mike McKillips, Chris Canfield, Bobby Wooten, Gregg Johannes, James Oslica, Stephen Weinstock, and Carol Stampley.

Throughout both days of play, players were faced with temperatures in the 40°s and cool 10-20 mile per hour wind gusts. Luckily, the sun was shining to provide a few rays of warmth. Players fought hard to stand on top of their divisions. After Round One, Mike McKillips had the lead in the Open (Gross) Division at five-over (+5) par, two-strokes ahead of Eric Fogleman. In the Senior Open Division, Dan Mallon came in at six-over (+6) par to lead by two-strokes over David Rudd and James Storey. James Oslica was three-strokes ahead of Schooner Fitzgerald with a fourteen-over (+14) par in the Super Senior Open Division. The Net Open Division found Chris Canfield leading at seven-over (+7) par with John Davis and Will Roestel following behind at eleven-over par. In the Senior Net Division, Gregg Johannes posted a two-over (+2) par to lead by three-strokes over Vince Schneider. Larry Laramie came in with the only score of the day not over par at Even-par in the Super Senior Net Division, while Michael Drake was four-strokes back. Carol Stampley finished Round One with a four-over (+4) par with Sandy Franklin just three-strokes behind her.

In Round Two of the Championship, the course continued to prove a battle for the competitors. Each leader fought to keep their lead while the rest were battling to take over. Mike McKillips maintained his lead to become Champion in the Open (Gross) Division. He shot three-over (+3) par in to bring his total to eight-over (+8) par and win by a margin of twelve-strokes of Joe Walski. For the Senior Open Division, Dan Mallon won by one-stroke at sixteen-over (+16) par over David Rudd (+17). In the Super Senior Open Division, John Chastain made a Round 2 comeback of seven-over (+7) par for a total of twenty-eight over (+28) to defeat Round 1 leader James Oslica by one-stroke. Chris Canfield also kept his lead with a nine-over (+9) par, bringing his two-day total to sixteen-over (+16) par and his winning margin to four-strokes above John Davis in the Net Open Division. The Senior Net Division found Gregg Johannes to be consistent, shooting back-to-back 72’s to total four-over (+4) par and capture the trophy by nine-strokes. Both the Super Senior Net and Women’s Divisions were a fight to the finish, requiring a playoff for the Champions. Chuck Evans and Larry Laramie both finished the championship at sixteen-over (+16) par. The two took off on a playoff, which ended with Chuck defeating Larry on the second hole. For the women, Debra McGinnis fired a Round 2 of 69 to tie Carol Stampley at [total] thirteen-over (+13) par. Their playoff only required one hole with Stampley defeating McGinnis with a par.

The participants had fun, despite the cold weather. Many commented that the greens were where their trouble came from because of the fast roll. The Quarry at Crystal Springs was a great challenge for the field, and the players remained persistent throughout their rounds. Thank you to all who participated in the Amateur Series throughout the year, and we look forward to seeing you again next year.