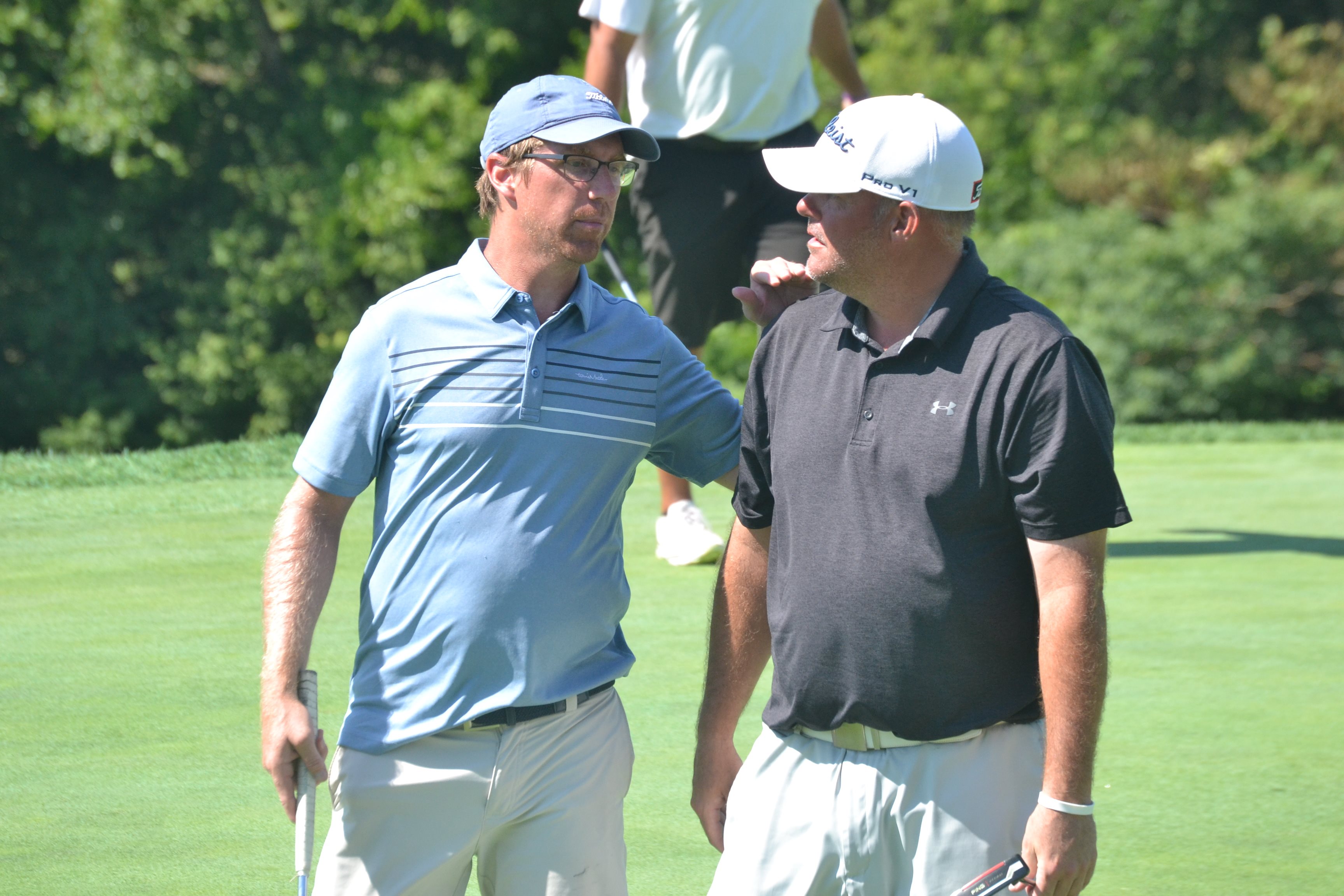 13th Metropolitan Four-Ball Championship comes down to the wire

Washington, MO – Chad Niezing and Chris Dale took the victory in the Open Division of the 13th Metropolitan Four-Ball Championship Monday at Franklin County Country Club. Rounding out the other three divisions were John Rosenbaum and Ryan Helfrich winning the Net Division, Brian Lovett and Buddy Allen in the Senior Open Division and Buck Clement and Denny Niedringhaus finishing in first in the Senior Net Division.

Day-two of the tournament was a nail-biter, especially in the Open Division where six pairings started the day within one stroke of the lead. As the day went on the field slowly narrowed until three pairings in the last three groups were the only ones who had a chance at the championship.

Curtis Brokenbrow and Kyle Szcesniak came close finishing at -12 on the tournament but were unable to scrape out one more birdie to tie the leaders. Corey Choate and Jason White were grouped with the leaders and were tied with them for the last three holes before a bogey on 17 dropped them into second.

Niezing and Dale were able to hold out for a par on 18 to defend their 1st place position which earned them the victory as well as a nice present for Niezing who happened to be celebrating his birthday Monday as he won the tournament with their score of -13.