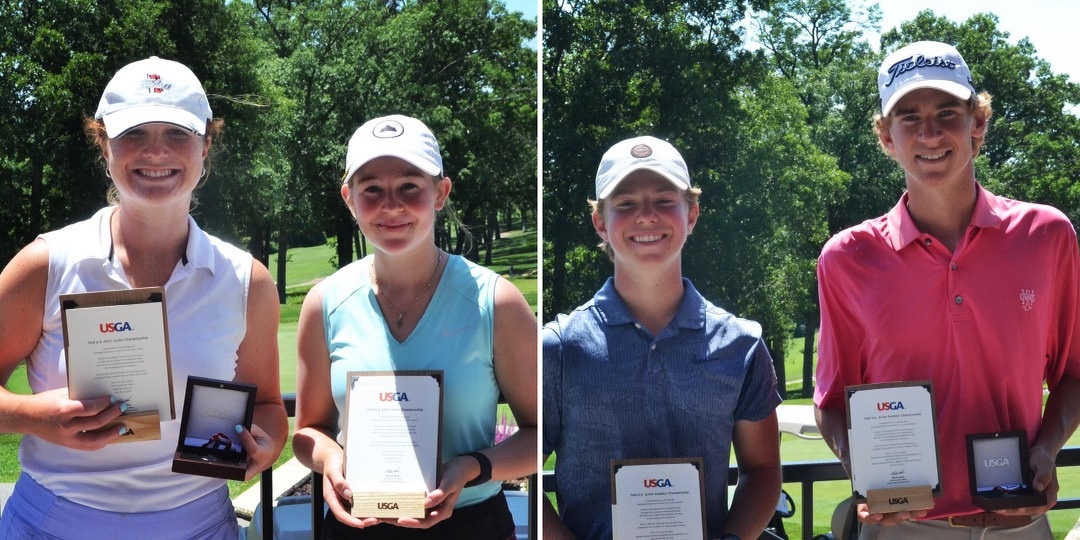 MAGA Conducts US Junior and US Girl's Junior Amateur Qualifiers

Sunset Hills, MO – Tuesday MAGA hosted both the US Junior Amateur and US Junior Amateur Girl’s qualifiers at Sunset Country Club. It was a hot one on the course as temperatures reached as high as 95 with humidity at 36%.

The tournament offered 4 total qualifying spots for the US Junior Amateur tournaments, two for the boys and two for the girls and tensions were high as the young golfers worked to punch their tickets to one of the largest stages in junior golf.

The boys were competing for a chance to play at Bandon Dunes in OR at the US Junior Amateur which takes place July 25-30. The girls competed to play at the US Girl’s Amateur in Bowling Green, KY at The Club at Olde Stone from July 18-23.

Jenni Roller of Jenks, OK and Emma Thompson of McKinney, Texas qualified for the Junior Girl’s Am with Roller winning the division with a score of 71, good enough for -1, while Thompson finished at even with 72.

Roller’s strategy for the tournament was simple as she said she had focused on trying to “hit it straight and make putts.” She said that while conditions were good the course at Sunset presented some challenges including a pair of long difficult par 3s in the 15th and 17th holes along with some “gnarly hills.”

Roller remarked that she qualified for the USGA in St. Louis last year and that “it feels pretty special… it’s a great tournament."

In case either Roller or Thompson are unable to make the tournament, first and second alternates Charlotte Cantonis and Kate Strickland will be ready to take their place.

In the boy’s qualifier, Carson Kammann from Knoxville, TN and the only hometown winner Trip Sanfelippo from Wildwood, MO took first and second to qualify for the US Junior Am. Kammann posted a tournament best score of 66, good enough for a bogey-free -6 on the day, while Sanfelippo finished -2 at 70.
Both boys will get the chance to play at Bandon Dunes in OR in July, but the opportunity is especially significant for Kammann, whose father, Scott Kammann played at the course in the 2011 Amateur Public Links Championship.

“It was certainly a memorable trip when I went and to see him earn it, and to earn his way there to get the chance to play in a national championship is awesome” said Scott Kammann about his son’s successes.

Carson Kammann was calm and collected when talking about his round saying that “I honestly played a pretty stress-free round, I hit a lot of greens I think I only missed two and when I did, I got it up and down.” When asked his thoughts about Bandon Dunes he said, “I’m pretty excited Bandon’s pretty special so I’ve heard a lot of good things I’m just excited to get out there.”

In the event that either Kammann or Sanfelippo are unable to play in the US Junior Am first and second alternates Oakley Gee and Connor Hamm will be ready to take their place.